40 Green Christmas Nails to Make You Stand Out in 2022

As we transition out of Libra’s balanced and diplomatic season, we get ready to welcome the transformative and passionate energy of the Scorpio into our lives. Kicking off on October 23rd, the Scorpio season is all about healing past wounds, transforming, and focusing more on yourself. This is the season when the signs are likely to put more of a focus on overcoming old grudges to welcome a new wave of enlightenment into their lives.

As we enter their season, the Scorpio energy is beaming around us for all Zodiac signs and is likely to affect us in many different ways. So, to give you a better idea of what you can expect to feel for the next several weeks, today, we’re going to talk about the Scorpio season. We will cover Scorpio’s personality traits, ruling element, planetary influence, and some of the key energies that the other Zodiac members can expect to feel while we linger in their sign. Let’s get started.

Starting with their personality, the Scorpio sign is most known for its passionate and mysterious nature. They are natural leaders and carry an ambitious and intense demeanor about them. Outside of their general outward personality, Scorpio is often thought to be among the most interesting signs to get to know.

With a charming, mysterious, and seductive aura, they naturally draw in new friends and relationships and are incredibly outgoing when it comes to getting what they want. Scorpios tend to think one step ahead of those around them, know what they want, and aren’t afraid to chase after it. But, despite this outgoing and expressive nature, at their heart, Scorpio is still a water sign and tends to value closeness, connection, and routine more than anything. They are incredibly sensitive individuals, even if they may not always show it, and are always willing to go out of their way for the people they love.

In times of unbalance, however, the Scorpio can also struggle with some negative tendencies in their emotions that can turn their natural loving demeanor incredibly cold. When provoked, Scorpios can often become very defensive and secretive when they don’t feel they are safe or respected. They can also become easily jealous and hold grudges when things don’t go their way, highlighting their underlying need for control within themselves. Therefore, Scorpios would do well to try to remain grounded when the earth is shaky and not allow their fears and need for control to overpower their otherwise loving soul. A change of perspective in these situations and learning to let go is often an important lesson for this sign.

When it comes to their planetary ruler, Scorpio is believed to be ruled by both Mars and Pluto, depending on who you ask and if you follow modern astrology or not. No matter which one you believe, both of these influences can certainly be seen in the sign of the Scorpio, so here’s a brief summary of both.

Starting with Pluto, this planet has long been regarded as the planet of transformation, rebirth, and power and can easily be seen in the ever-changing energy of the Scorpio. This can be seen in their ambitious, outgoing, mysterious, and reserved nature. With such intense energy fueling this sign, this is also what may contribute to Scopio’s deep feelings for the people around them and could also point to their need for control.

Similarly, Mars is known as the planet of ambition, desire, and passion, and it likely points to the Scorpio’s need for stability and balance in loving relationships and their immense drive to get what they want. This likely contributes to their strong ambition toward the things they love and their innate ability to keep pushing until they reach their goals. However, when unbalanced, Mars is, after all, the planet of war and may influence the transformation of Scorpio’s sense of passion and desire into more stand-offish energy.

Whichever one you believe to be the true ruler of Scorpio, both influences of the planets can greatly be seen in the fiery water sign and can ultimately point to the unique layering in personality that this sign has.

Next, aside from its planetary ruler, Scorpio is also deeply influenced by its elemental sign: water. Known as the element of emotion and intuition, water signs are known to be deeply connected with their inner self and with the world around them. Those born under this element certainly feel things deeply, but they also love deeply. They are often known to be compassionate, kind, and reserved in nature but can also struggle with emotional overload, anxieties, and control issues as well. However, with the depth of these magical signs, water signs are known to be incredibly alluring and can be one of the kindest and most loving people you ever meet.

For the Scorpio, this can often point to how they feel and connect with those around them. Scorpios often care too much, and this deep sense of love can sometimes stab them in the back and cause them to act rashly. In fact, this may even point to their moody, intense, and potentially clingy nature in times of difficulty, as Scorpios are known for trying to control their setting when things get tough. For that reason, this water sign would do well to try to remain grounded in their life and love authentically but not allow these strong emotions to overtake who they are entirely. Keeping a balanced approach to all situations is likely to be incredibly important for Scorpios.

Next, aside from their ruling planet and elemental sign, each Zodiac sign also has a symbol that they are represented by that pays homage to their overall Zodiac persona. For the Scorpio, this symbol is represented by the mighty scorpion.

Enigmatic and fearless in nature, the scorpion has often been deemed a dangerous creature of power and will strike when threatened. Much like the Scorpio, this may point to how they can sometimes struggle with their emotions. As mentioned above, Scorpios care deeply for those around them, and when they feel they have been disrespected or betrayed, they can become intense very quickly, which can cause them to attack with a venomous sting. However, the Scorpio shouldn’t only be seen only for their times of intensity, as, much like the scorpion itself, their intimidating outer layer is used as a way to protect themselves.

While they may be intimidating on the outside, behind their stinger, they carry with them a heart of gold and would do anything for those they care for. For that reason, the scorpion is the perfect symbol to represent the different layers of this mysterious sign and can highlight the many traits that often go unnoticed by those around them who don’t take the time to truly get to know this beautiful sign beyond their outer personality.

How does the Leo season affect other signs?

Lastly, now that we’ve gone over some of the key traits and correspondences of those born under the Scorpio sign, we also wanted to talk about how this water sign affects the rest of the Zodiac members while we move through their sign.

With that said, while we linger in the Scorpio sign, the signs may find themselves gravitating toward romantic adventures in their life. The signs could test their charm and alluring capabilities and make them feel more confident and outgoing in love. This could also allow the signs to meet new people, develop new relationships, and maybe even develop a new mindset about themselves if they struggle with their self-image. If you’re already in a relationship, this may be a good time to bring a more passionate and emotional tone to your love life and could invite in some more tenderness between you. This could emphasize boundaries in relationships and could bring emotional issues to the surface to be dealt with once and for all.

Another thing signs are likely to feel this month is a more ambitious stride toward their goals. While Libra season may have brought more balance to your work and play routine earlier this month, the Scorpio is likely to help you prioritize what it is you want in your life and help to get you amped up to work on it. Scorpios rarely give up on the things they want, so don’t be surprised if you find yourself getting a new boost in momentum toward your goals and finding new, creative ways to make progress on them.  If nothing else, you may develop a clearer idea of what you truly want and start building a plan for how to get there.

Aside from this, with the transformative energies of the Scorpio leading the way, this could also have the signs going through some new realizations in their life. This could have the signs looking at things differently, exploring their emotions and past traumas more, and could bring about new realizations that could propel them into growth. Overall, this could be a good month to become aware of things we may not always pay attention to that may play more of a role in our life than we think.

Lastly, aside from all the good things Scorpio season brings, the signs could also cause us to feel a little more defensive, possessive, and controlling of the things around us. This intensity could also invoke a feeling of jealousy, which may have the signs of falling into toxic habits of the past and could send them into a downward spiral if they aren’t careful. However, this isn’t all bad, as this could also bring light to the parts of ourselves that may be toxic and could help us to heal these areas of ourselves. Overall, catching yourself if you fall into toxic tendencies and remembering to be honest with yourself about them will be important for the signs this season.

Overall, the Scorpio season is a great time to get more in touch with your emotions, transform yourself, and focus on areas within yourself that may need help with growth. Whether you choose to take this month to delve more within yourself, heal wounds of the past, or learn to love yourself more, this seems to be the perfect time to focus more on yourself and whatever it is that invokes that feeling of love within. Allow the Scorpio to challenge you and illuminate the areas of yourself that need work this month to help you to heal your wounds and become stronger than ever. 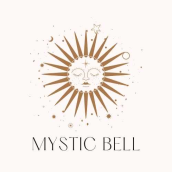